In a near future Tokyo, every action—from blinking to sexual intercourse—is intellectual property owned by corporations that charge licensing fees...

Amon Kenzaki works as a Liquidator. His job is to capture bankrupt citizens, and banish them to bankdeath camps where they are forever cut off from the action-transaction economy.

With his savings accumulating and another promotion coming, everything seems to be going well, until he is asked to cash crash a charismatic politician, and soon after is charged for an incredibly expensive action called jubilee” that he is sure he never performed...

So began Cash Crash Jubilee, book one of The Jubilee Cycle. In book two, The Naked World, Amon journyed into the underworld of the bankdeath camps to take up ressistance against the action-transaction market he once served. Now with release of A DIAMOND DREAM, at last the trilogy is complete!!!

Praise for the Jubilee Cycle Trilogy:

“An intricate tale of a digitally claustrophobic future.” —Publishers Weekly

“A genuine flair for originality and imaginative, narrative driven storytelling of the first order.” —The Midwest Book Review

Or if you don't know the Jubilee Cycle, start with book one, Cash Crash Jubilee: 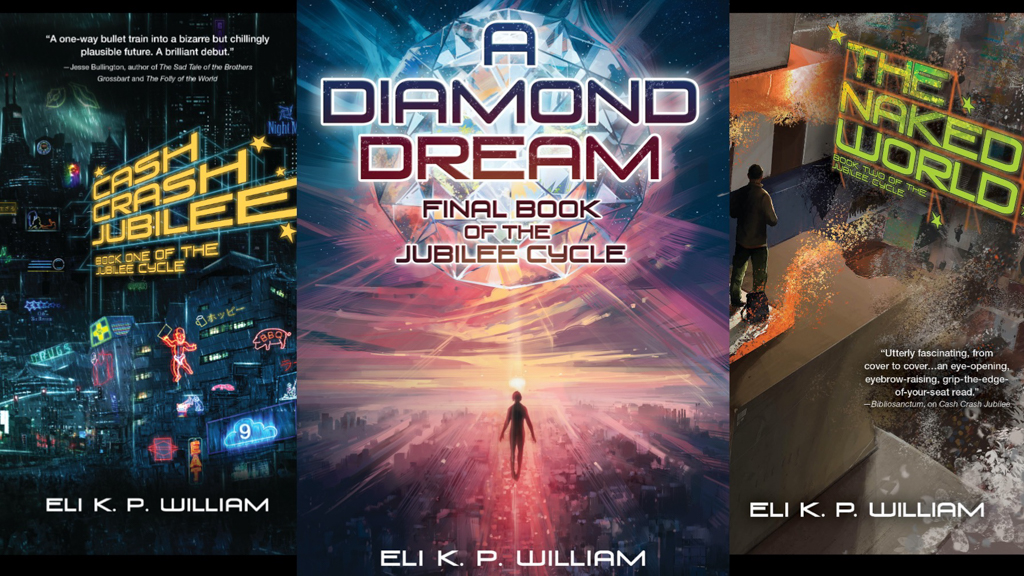 We acknowledge the support of the Canada Council for the Arts and the Ontario Arts Council, an agency of the government of Ontario.

The Writers’ Union of Canada does not endorse or recommend any commercial products, processes, or services.